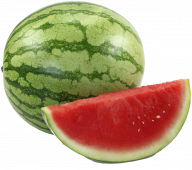 I have had the privilege of working at places where not everyone thought I belonged.  At one such place, the Director decided he wanted the monthly newsletter to include articles featuring clients with successful businesses. The newsletter was distributed to all of the clients and the corporate office. He chose me to write the articles.

Choosing me to be the writer did not sit well with the person who composed the newsletter, and the fact that my name would be in the byline of each article really did not make her happy.  After the first article was written, she approached me concerning it. She explained that she did not think it was necessary to print the name of the author. She felt it was best if she did not include my name with the article.  I explained that the Director wanted my name included, and I wanted my name to be included. For several days, she approached me and unsuccessfully attempted to convince me to change my mind.

Finally, there was only one day before the newsletter would be sent to the printer. Her harassment would be over.  That night I had a strange dream. In my dream, a watermelon transformed into a snake.  The watermelon snake was after me. It did everything that it could to catch me. But, in the end, I destroyed it. It was the type of dream where you wake up startled and your heart is racing.  Ithought thedream was strange and did not know what to make of it.

The next day, guess who asks me to come into her office.  She wanted to make one last attempt to get me to change my mind.  Once again, I politely rejected her offer.  I guess the realization of my name appearing in the newsletter was just too much for her.  She exploded and called me the “B” word.

I could have responded to her in many ways.  But, when I looked at her, I saw the watermelon snake.  She had red hair and was wearing a green and white dress.  She was the watermelon snake!  I refused to let her take me down to her level.  I simply grinned and walked away.

If God had not prepared me for the attack by the watermelon snake, I am sure my response would have been much different. God has a way of preparing us for unexpected storms. Exodus 14:14 states, “The Lord will fight for you, and you have only to be silent.”